Elizabeth Walker and Sarah Murphy have worked together for thirty years! They bring their expertise and friendship to the course as they work with the naturally beautiful surroundings to enhance all aspects of flute playing, with a relaxed awareness of technique and musical awareness.

Each year, Elizabeth and Sarah invite a visiting tutor. For 2020 Flutes in Tuscany welcomes Gitte Marcusson who will be providing classes and inspiration at the beginning of the course and a concert for us on Saturday 11 July 2020. 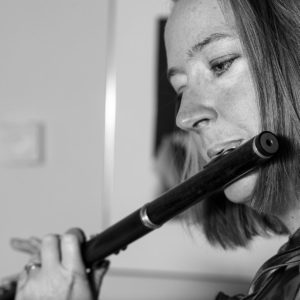 ELIZABETH WALKER studied at the Royal College of Music as a Junior Exhibitioner (where she was awarded the Sally Wainwright woodwind prize in 1985) and as a graduate at the Guildhall School of Music and Drama, studying renaissance flute with Nancy Hadden, baroque and eight – keyed classical flute with Stephen Preston and modern flute with Kathryn Lukas. She went on to do a postgraduate study of Early Music at the Koninklijk Conservatorium in The Hague, studying with Wilbert Hazelzet and receiving masterclasses from Barthold Kuijken. Elizabeth has performed in a number of period orchestras including the English Baroque Soloists, The Orchestra of the Age of Enlightenment, The Orchestra of the Eighteenth Century and the Classical Opera Company.

In 2008, Elizabeth recorded a solo CD of Telemann’s Fantasias on a modern wooden flute, followed in 2011 with a recording of the J.S.Bach Flute Sonatas with her group ‘Continuum’. In 2012, she formed a partnership with the pianist Richard Shaw to explore repertoire from the mid nineteenth century composed specifically for her original Louis Lot Boehm-system flute, dated 1859. Together they have recorded a CD ‘Finchcocks Schubertiade’ and a film using Chopin’s original Ignace Pleyel piano from 1848, given recitals at the British Flute Society convention, the National Flute Association in Chicago, and in Canada and Holland.

Elizabeth is a flute teacher at the specialist music school in Wells and is in demand as a baroque flute teacher following the success of her award-winning Baroque Studies Book (Winner – Best Flute Method NFA 2015). 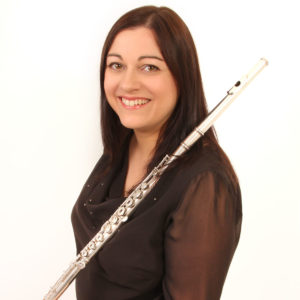 SARAH MURPHY is a flautist based in Derry/Londonderry in the North west of Ireland and has a passion for creative music making. She studied at the Royal College of Music as a junior exhibitioner before continuing her studies at the Guildhall school of Music and Drama. She has a portfolio career working as an international performer, workshop facilitator and music consultant and increasingly as a commissioned composer.

Sarah is a respected and experienced private Flute teacher of all ages and ability levels and is also Flute tutor for University of Ulster and Queen’s University Belfast. Sarah believes in everyone’s natural musical ability and her focus is on building confidence and expressive playing. She engages and inspires her students to reach their own goals. Sarah encourages a positive approach to practise by setting s.m.a.r.t goals and develops technique using a bite-sized learning approach that can be applied immediately. She creates fun and informal group music making opportunities and performances that further develop listening skills and enable students to experience the interplay between performer and audience in a relaxed setting.

As a professional flautist Sarah has a varied career playing classical flute as a chamber musician and freelance orchestral flautist and in addition has played a variety of ethnic flutes as part of contemporary and world music groups. For over 25 years, she has performed at many festivals and venues around Europe with leading musicians. Some of her personal musical highlights include: Festive Flutes performance at the Canadian flute convention in Toronto, performing all flutes on the award winning children’s animation Whistleless, sell out performances with Juan Martin at London’s Southbank Centre and National Concert Hall Dublin, and performing with Orbestra at the Istanbul International music festival.

Sarah is also Artistic Director and founder of Wall2Wall Music a music education company which delivers training to teachers and produces large scale collaborative composition and performance projects with people of all ages, all standards and all instrumental genres. 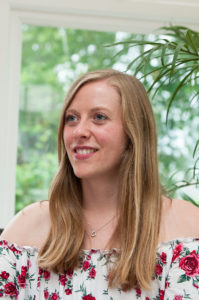 SALLY BIRKETT (HALSEY) is a highly sought-after chamber musician and accompanist, and is an enthusiastic and respected teacher. Sally is the official accompanist of two residential summer courses – Flutes in Tuscany and the Aboyne Cello Festival.

Her role during Flutes in Tuscany is to give participants the opportunity to study repertoire they have been learning with the accompaniment in a relaxed and fun environment. Sally has individual practice sessions with the participants and also accompanies lessons during the week. The goal is to rehearse for a concert at the end of the week in which all course participants play solos or duets with an accompaniment. Sally also takes part in the tutors’ concerts throughout the week.

Sally has a similar role during the Aboyne Cello Festival in Scotland, and has also been accompanist on string courses run by Rebecca Gilliver, Richard Studt and Philip Dukes. She has also been Repetiteur and Musical Director from the piano for many peer-led opera projects, both during her time at Trinity Laban Conservatoire of Music and Dance, and since graduating. A highlight was a tour of the comic opera The Old Maid and The Thief by Menotti with performances in London, Cheshire and the Isle of Wight. Sally has always loved working with singers as well as instrumentalists, and was a finalist in Lieder and English Song Duo Competitions whilst at Trinity Laban.

Sally has worked in duo partnerships with several cellists performing many of the great cello and piano sonatas, throughout the UK and abroad. She has accompanied numerous other instrumentalists and singers in concerts, exams and auditions at all levels.

Sally is looking forward to upcoming performances at Benslow Music with Young Artists Katie Sazanova and Alyse Faith from Flutes in Tuscany and Charlotte Walker from the Aboyne Cello Festival.

“Davies is an intrepid, inquiring and a superb flautist. We hang upon her every note: her playing is warm, fluid, various and as richly vocal as could be” (Financial Times) 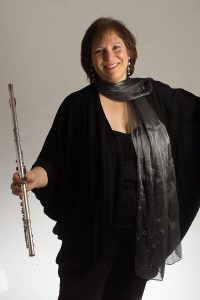 Since her celebrated performance of Mozart’s Concerto in D major at the BBC Proms in 1988, Philippa Davies has established an international reputation as one of the finest flautists currently performing; A ‘first-rate virtuoso,’ with ‘ exceptional eloquence’ she has been noted for an ‘almost electrical response to technique’.

She gives recitals and broadcasts throughout the world and has performed concertos in the UK, Europe and North and South America with such orchestras as the New Stockholm Chamber Orchestra, the BBC Symphony, BBC Philharmonic and BBC National Orchestra of Wales, the English Chamber Orchestra, City of London Sinfonia, and the London Mozart Players.

Chamber music has always been her passion and she is a member of the Nash Ensemble and London Winds. Earlier in her career she was flautist with the Fires of London, Albion Ensemble, and Principal flute with the London Mozart Players.Now she is a regular guest principal flute with the main London orchestras ; the Royal Philharmonic, the Philharmonia, the BBC symphony and the English Chamber Orchestra. Her current schedule includes many world premières and numerous distinguished composers have dedicated works specifically to her.

This season she is performing in France, Holland and USA, giving recitals and masterclasses and plans to record the flute concerto by Paul Reade and a solo CD of pieces she has commissioned.

Philippa has become extremely involved with improvisation over the last 3 years and has worked with David Dolan and Bert Mooiman amongst others while taking part in Improvisation Projects in Den Haag ,Tallinn and ICON. She is a Professor at the Guildhall School of Music and each summer runs her own International Flute Course at Benslow, UK and in Cubertou, France. She is also a Licensed Andover Educator teaching the Art of Movement in Music. 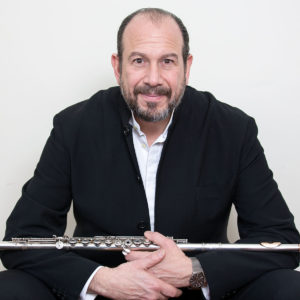 Wissam Boustany’s passionate musicality has helped him forge a unique reputation as an international flute soloist. His charismatic stage presence brings tremendous power and subtlety to a wide range of musical genres ranging from baroque, classical, romantic, contemporary and jazz settings. Imaginative programming often mixes the innovative with the traditional, captivating audiences with an engaging style that combines an improvisatory flair with a wide emotional and expressive range, and an acute sense of tone colour and nuance.

Wissam has developed a unique duo partnership with pianist Aleksander Szram. In 2015, they toured in Australia, Canada, USA, Holland, and Norway, leaving audiences consistently overwhelmed by the way they both perform from memory, bringing a completely heightened experience and intensity into their adventurous music-making.

Wissam regularly performs and teaches in a variety of contexts, facilitating the growth of young talent. He has created his own teaching method titled “A Method Called Love”, which has spread internationally, focusing on improvisation, memory, self-reliance and the development of the concept of Love as a powerful motivator, facilitator and teacher. He has been a long-standing flute professor at Trinity Laban, London, and the Royal Northern College of Music, Manchester. 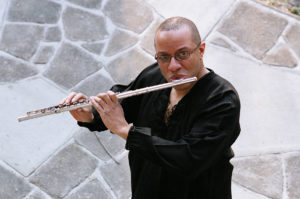 Flautist Rowland Sutherland enjoys an international career in many different fields of music. He regularly performs in new music ensembles, jazz bands, symphony orchestras, various non-Western groups, pop outfits and as a soloist. Many of Rowland’s solo contemporary flute performances have been broadcast on BBC Radio.

He has composed and arranged music for bands, ensembles and the BBC. He made his BBC Proms debut as soloist during the 2006 season performing Steve Reich, for his 70th birthday celebrations at the Royal Albert Hall.

Flutist and director, Carlo Ipata had his musical training first at the Banff Center for The Fine Arts (Canada), then at the Royal Conservatory in The Hague, and finally at the Conservatory National de Region of Paris, where he received a diploma (honours) in baroque flute and chamber music.