THE ‘SCONOSCIUTA’ (PERFORMED AND SKETCHED IN THE CANONICA)

Torsten, one of the adult participants in this Flutes in Tuscany course, shared with us some of the results of the research he has carried out over the past few years. His initiative had the aim of widening the scope of the flute player’s repertoire by presenting the work of composers from diverse ethnic backgrounds and from different areas of the world. In his very interesting talk, the adjective ‘new’ referred to a work that was not well-known, or was even unknown, and not ‘new’ in the sense that it was contemporary. He drew attention to the fact that this ‘new’ music was actually available and deserved to be heard more widely.

First off was Torsten with a piece by Chang Pang-Yen from Taiwan, and the piece was the Sonatine with four movements (Allegro Spirituoso, Andante, Allegro). He was accompanied on the piano by Julian Walker. The piece had few inklings of coming from Asia…..just a few Chinese sounding chords and chunky rhythms.

The second piece we heard was by a composer from Nigeria/Ghana. Fred Onovwerosuoke’s Three Pieces (Ayevwiommo or ‘Mother Begets’, Iroro (‘Reminiscences) and ‘Just Before Dawn) were skilfully and beautifully played by Amelie. There were some very lyrical moments. 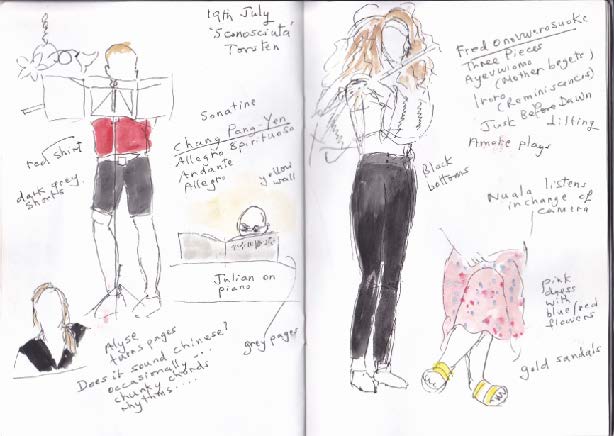 After that came a Sonatine in C by Radames Gnatteli from Brazil. It was in three movements (Allegro Moderato, Expressivo and Lembrando Pixingiunha). Our player this time was Sandra from Sweden and she too rendered the music most wonderfully.

The fourth piece we listened to was Mnicakmun (‘Sounds of Water’) by Will Linthicum- Blackhorse, a native American from the Lakota Sioux tribe. Torsten explained that the word ‘mnicakmun’ in the Lakota language is used to both describe and denote the sound of water moving over a rocky surface. The music was in three parts (‘Rippling Water’, ‘Rapid Water’ and ‘The Shore’). It was captivating music and was played delightfully by Nuala. 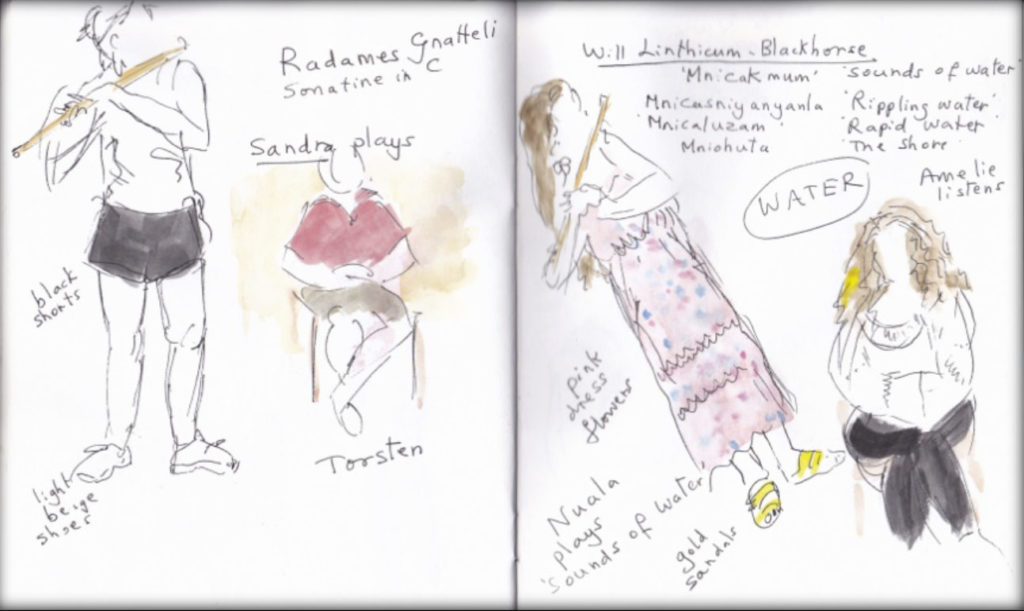 The final piece of music was composed by Ross Edwards from Australia and appropriately was played by Alyse, herself Australian. The piece was entitled Sonata ‘Nura’ and had three parts to it (‘Wild Bird Morning’, ‘Ocean Idyll’ and ‘Earth Dance’). 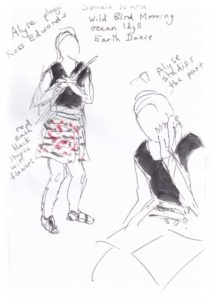 The piece we did not hear during Torsten’s talk was the Fourth Sonata (from Six Sonatas Op. 1) by Anna Bon of Venice (whose dates, except for her birth in 1738, are not certain). This was because, as Torsten put it, he was ‘gazumped’ by Liz. She had been so taken by this Sonata that she wanted to play it herself in the Baroque concert. Anna Bon’s music definitely deserves to be heard and played much more, as it really is fine music.

The music we heard, and a great more that we didn’t, can be found on Torsten’s personalised YouTube channel (which is worth exploring in itself). Thank you Torsten for a very interesting session, and thank you all you wonderful musicians who brought the music to life on your flutes and with the piano accompaniment.